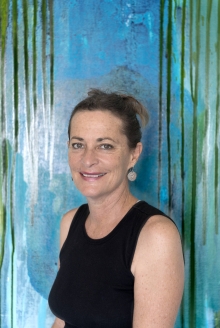 Mid-career Fellowship, Western Australian Department for Culture and the Arts

SOCIAL HISTORY CURATORIAL WORK I am a passionate and experienced social history curator and love researching and writing historical content for interpretation plans, displays and exhibitions and curating exhibitions that promote WA history to a wide audience. I currently works as an social history curator at the Museum of Perth (interpretation panels for the Moana Chambers Building, Hay Street, Perth, 2017), Wireless Hill Museum, and with other freelance curatorial work including organising the community collection of the Roe 8 Archives. From 2005- 2016 I worked at the City of Perth as the City's Memorabilia/Social History Curator. In this capacity I curated large, public social history exhibitions which included: • Perth City Council 1939-1945, which examined the role of the Council during WWll (2008) • Nightsoil, Hatpins and Health Inspectors, Cleaning up the City of Perth 1910-1915, which examined the extraordinary five years in which the Perth City Council modernised the City’s sewage system, macadamized the roads and provided electricity amongst other services (2009) • The Coolbaroo Club and the Coffee Pot, two extraordinary places in 1950s Perth, which examined the role of the Coolbaroo League and their indigenous dances, and the role of the Coffee Pot as alternative social venues in 1950s Perth (2010) • 1962: The City of Light and the Commonwealth Games examining the City of Perth’s role in instigating and supporting the 1962 Commonwealth Games and the role of ordinary West Australians who volunteered to ‘put Perth on the map’ (2011) • 50 Years: Council House, explores the history of Council House: showing the original designs that won the national competition to design a ‘new’ Town Hall for Perth in 1963, its modernist furniture and interior design and examining the controversy that nearly saw its demolition in the mid 1990’s (2013) • Peruse, the history of the City of Perth Library for the opening of the new library in 2016 • Wild Life Show: history of the WA Naturalists' Club Wild Life Shows held a the Perth Town Hall in the1950s and 60s Other: • Until There's a Cure, 20 Years of the WA AIDS Council (2005) • Worked as part of the team that created the interpretation plan for the Meckering Earthquake House at the Cunderdin Museum, for the National Trust WA (2014) • Wrote the Interpretation Plan for the Samson Merchant Museum, Cliff St, Fremantle (2016) As curator/artist of an exhibition The Gay Museum at the West Australian Museum in 2003 I was responsible for all aspects of the curatorial project. I managed diverse exhibitions in my role as Coordinator of the Moores Building, a contemporary art gallery in Fremantle, managed by the Artists Foundation of WA from 1997 – 1999.

Short-listed for the St Georges Cathedral Clerestory Windows Project- a contemporary glass project part of the restoration of the Cathedral, Perth WA.